Are You Buying A Stolen Vehicle?

Auto and car theft is a crime. In truth, the term “motor vehicle theft” could actually be used to refer to instances where automobiles, buses, motorcycles, snowmobiles, trucks, and other similar means of transportation are stolen. You see, this crime is actually punishable as a felony. This is primarily because this kind of situation causes extreme emotional and economic distress to its victim and to the society as well.

Many automobiles and cars are being stolen every minute. And it could be reflected in the various terms and phrases that has arisen and created to refer to it. Carjacking is one term and it means stealing a vehicle while it is still occupied by the owner or the driver. Another one is joyriding and it refers to stealing a motor vehicle and then later on abandoning it.

Of course, there have been ways and actions that the authorities have come up with to assist consumers and customers with ways to ward off any attempts at stealing their vehicles. In the United States, it is required that motor vehicles have vehicle identification numbers (VIN) and they must be registered with a vehicle licensing authority. If a vehicle has a VIN, it makes selling a stolen vehicle very hard, with this information you can check the records match and you don’t have a car with a fancy car wrap on to disguise its real colour to match the corresponding documents.

As per statistics, the Federal Bureau of Investigation (FBI) claims that a motor vehicle is actually stolen every 25 seconds in the United States and the chances of recovering them dwindle to something much lower than 50 percent.

According to Larry Gamache of Carfax, “Car thieves go into car lots to find vehicles that match the cars they steal. They’ll take off the VIN plate and put it on one they just stole. Then they’ll sell it to someone who has no idea it’s a stolen vehicle.”

With that, it is important to note the VIN of your vehicle before you purchase a car. Try checking the VIN number on the dashboard and compare it with the car’s title documents. You can check it out for discrepancies. And if you find any, it means that something sure is wrong. Gamache also adds, “You should also match that number in other places, including under the hood and at the door jamb on the driver’s side.

Then check that vehicle ID number to make sure it matches in all three spots.”

Stealing cars could be rampant however it does not mean that you have to keep your vehicle looking bad and not maintained. You can find quality and impressive Ford Excursion parts and other Ford parts at Ford Parts and Ford Auto Parts. Its collection of Ford parts will surely give your vehicle a boost in performance for all parts have undergone strict quality control measures. 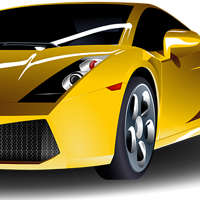 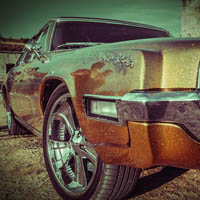 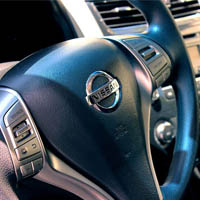